Irma Szabó: Thoughts and facts about the road to the adaptation of a quality improvement program for public education 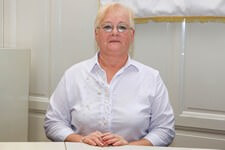 Abstract: Our study presents the way to one of the biggest innovations in the field of public culture, the adaptation of a quality improvement program. The objective listing of the planned steps of the ten-year process summarizes as a contemporary historical document how the innovative initiative of an institution responsive to the expectations of society could become a development applicable to all public education organizations in the country and influencing the future of public education. Our goals included demonstrating the importance of organic construction and highlighting the two essential components of effectiveness: exemplary collaboration between the public education profession and cultural administration, and ensuring the fullest publicity, which is also one of the principles of cultural sustainability.

The chosen motto above was written by Sándor Karácsony reflecting on one of the tasks of the era of free access to culture, the formation of the new Hungarian culture and the "birth of another person", The path leading to the establishment of the quality development system of cultural education also proves the truth of the idea without question. One of the biggest innovations in the cultural education profession did not start in 2011 with the first tender for the "Qualified Cultural Education Institution Prize". If we only look go back to the immediate precursor of the development, we still find ourselves at the very beginning of the new millennium. Right in the middle of the emergence of new professional challenges, changing expectations and needs that social transformation and, with it, cultural education had to face. As many times since the reform era, the dynamism and flexibility of cultural education has pushed it in the direction of compliance, towards the development and introduction of the necessary content, tools and methods.

I myself could be and have been part of this creative and value-adding work process, which can without exaggeration be called an example and considered exemplary. The initiative, which started as a marketing workshop at the Budapest Cultural Center (BMK) in May 2000 and was originally aimed at the development of public cultural institutions in Budapest, but it was already planning to set up a quality assurance system compatible with cultural education, has turned into a quality improvement program that can be used in all cultural education institutions in the country with the involvement of the cultural education profession and the support of the Ministry in charge. A program that is regulated by law - 10/2010. (III. 11.) Act on the awarding of the "Qualified Cultural Education Institution Prize" and the "Community Culture Quality Award".

"Wow, What a lot of work!" - that is how a former colleague of BMK contributing to the development process - a resident of Lancaster at present - started his reply to my letter in which I was asking for photos showing the events. It is a fact that from the masterminds this pioneering activity required a lot of energy, perseverance and conscious, elaborate, interdependent planning and systematic implementation of the work phases of the different actors. However, the reason for it being considered as a model, and the heartwarming memories all the participants share about the steps taken from the very beginning all through the years of construction, are not to be found in these efforts. It would be natural, however, we can rarely be part of a process where many stakeholders with different interests have to co-operate and everything goes smoothly on its own path, everything matches. And this is what we exactly experienced when creating the quality system of cultural education.

All the actors in the cultural (public) education sector did what they were supposed to do.

Professionals who are most receptive to change realized that if our institutional system wants to preserve its environment-driven operation, including the quality of its service, its face-to-face relationship with visitors, and the transmission of the culture, it requires a self-reflexive way of thinking taking into account the broader field of operation of the environment, that is a development based on self-evaluation is needed.  The initiators looked for and found „the other people”, the colleagues who joined the team elaborating the individual elements of the development. In the meantime they also gained knowledge and passed on and took over the national and international best practices. They formulated their recommendation for the cultural education profession as a whole, and with the results they turned to the Department of Culture of the Ministry. The department recognized the importance of the initiative, supplemented it with their own aspects and then entrusted the leaders of the BMK to improve and elaborate the program to be suitable for all the cultural education institutions of the country. Since one of the functions of cultural administration is to create the conditions for development, in a democratic system it would have been impossible to do act other than to support the new initiative of the cultural education profession, after recognizing the program as a prompt opportunity to stabilize and develop the institutional system. The green light for its fulfillment was provided by means of administration. In this case, the means were funding and legislation, furthermore the Ministry entrusted their background institution, the Hungarian Institute of Culture, to conduct the tender. Even in this compulsorily simplified nutshell summary, one of the most nourishing sources of success must be highlighted: during this ten-year work process, everything was built on one another and realized in cooperation, in front of and with the involvement of the stakeholders of the profession. The cooperation - in addition to the above mentioned - was extended to the national professional organizations, such as the National Association of Cultural Centers, the National Association of Cultural Institutions, County and Regional Cultural Organizations, and also the Association of Hungarian Cultural Managers. Specialists in the field were familiar with and discussed the quality improvement program of cultural education at various professional meetings across the country and added suggestions to it.

Let's take a look at and recall the most important steps of the process in chronological order.

7 June, 2000: the marketing workshop was established in the Budapest Cultural Center.

9 September, 2003: at the initiative of the Department, the BMK convened a meeting of experts to review the national and foreign quality assurance expertise of cultural education and related professions, to identify possible directions for the development of the quality assurance system of Hungarian cultural education institutions and to consider the number of professionals who can be involved. Among other things, we agreed that the quality management system of cultural education should not be a standard-based system, but one which is based on a standardized self-evaluation fostering for self-improvement.

23 September , 2003: the deputy director of the BMK offers their cooperation in the development of the quality assurance system of cultural education which complies with EU standards and takes professional characteristics into account. The letter addressed to the Department already contained the tasks to be solved.

29 September, 2003: proceeding the preparations for the contract, the director of the BMK sends out the work schedule.

October 2003: the contract between NKÖM and BMK was established for the tak fulfilment between 1 November.2003. and 1 December 2005. The institution undertook to coordinate the development process, and the ministry provided financial contribution to the costs.

The consultation between the BMK and the Cultural Education Department was continuous; István Óváry and Irma Szabó took part in the discussions of the working groups.

As a result of this:

the glossary of the activities and the organizational system of cultural education has been completed,

a proposal was made for the development program of the quality management system of cultural education (a plan to start a quality improvement process based on self-assessment using the EFQM model; as part of it, a proposal for the "Cultural Education Quality Award" and the "Qualified Institution Title"),

members of the working group presented national and national and county level further training courses and professional conferences and disseminated information on the results of the research.

In 2006, the BMK prepared and submitted the training program of the profession for accreditation to foster the introduction of quality assurance.

13 November, 2007: a closed meeting of the state secretary discussed and accepted the material entitled "Introduction of the quality improvement program of cultural education", which was prepared by the Department of Cultural Education (Irma Szabó).

2008: Among other things, the promotion of the quality development program of cultural education appeared in the work plan of the Department of Cultural Education ; the Quality Development Program Office was established at the Hungarian Cultural Institute and the  operational documents were created.

2009: Proposal - The decree of the Minister of Education and Culture ..../2009. on the establishment of the Qualified Culture Education Organization Title and the Cultural Education Quality Award (head of department: Dr. Mária Szurmainé Silkó; prepared by: Edit Brüll)

The decree of the Minister of Education and Culture was dated March 11, 2010. That was the day when our profession was given the opportunity to participate in the official competition by tendering. Prior to this, some institutions had already prepared self-assessments on request, helping the trial audits of those who completed the course for the first time.

The importance and excellence of the professional endeavor/challenge is only confirmed by the fact that from 2000 to March 2010, the name of the Ministry of Culture changed twice; the three successive department heads of the Department of Cultural Education had to win the support of three deputy state secretaries for culture. Continuity was provided by myself and Edit Brüll, who, in the meantime, changed her position of deputy director of the BMK to the position of chief advisor of the ministry.

In short, this is how the innovative initiative of the BMK, an institution that responds sensitively to the demands of the society, has become a development that can be used in all the cultural education organizations in the country and that influences the future of cultural education. By listing the events, I supported the wise statement of Sándor Karácsony quoted in the introduction and now I conclude with it, according to which "everything new can only be built on what already exists". I highly recommend it to workers in the field of cultural education and present day influencers of our profession. I know that the cultural education institutions that have already participated in the award competition have already experienced the deep truth of the cited quote and its fundamental importance during their daily work.  I wish and recommend that in the future as many cultural institutions and task providers as possible took advantage of self-evaluation and competition as great opportunities.

DR. SZABÓ IRMA PhD: pedagogue, public educator honored with a Bessenyei-Award, cultural manager, cultural education expert, a lecturer of the University of Debrecen. She worked full-time in a primary school, in a cultural center as a teacher, public educator and a leader, and also in a non-governmental organization (KultúrÁsz). Between 2001–2012 she was a staff member of the Department of Cultural Education of the Ministry, and for eight years she was the head of the Department of Cultural Education Development. In her place of residence in Földes, she is a local council representative and the president of the local Committee for the Repository of Values as well as the 25-year-old Village Folk High School Association.